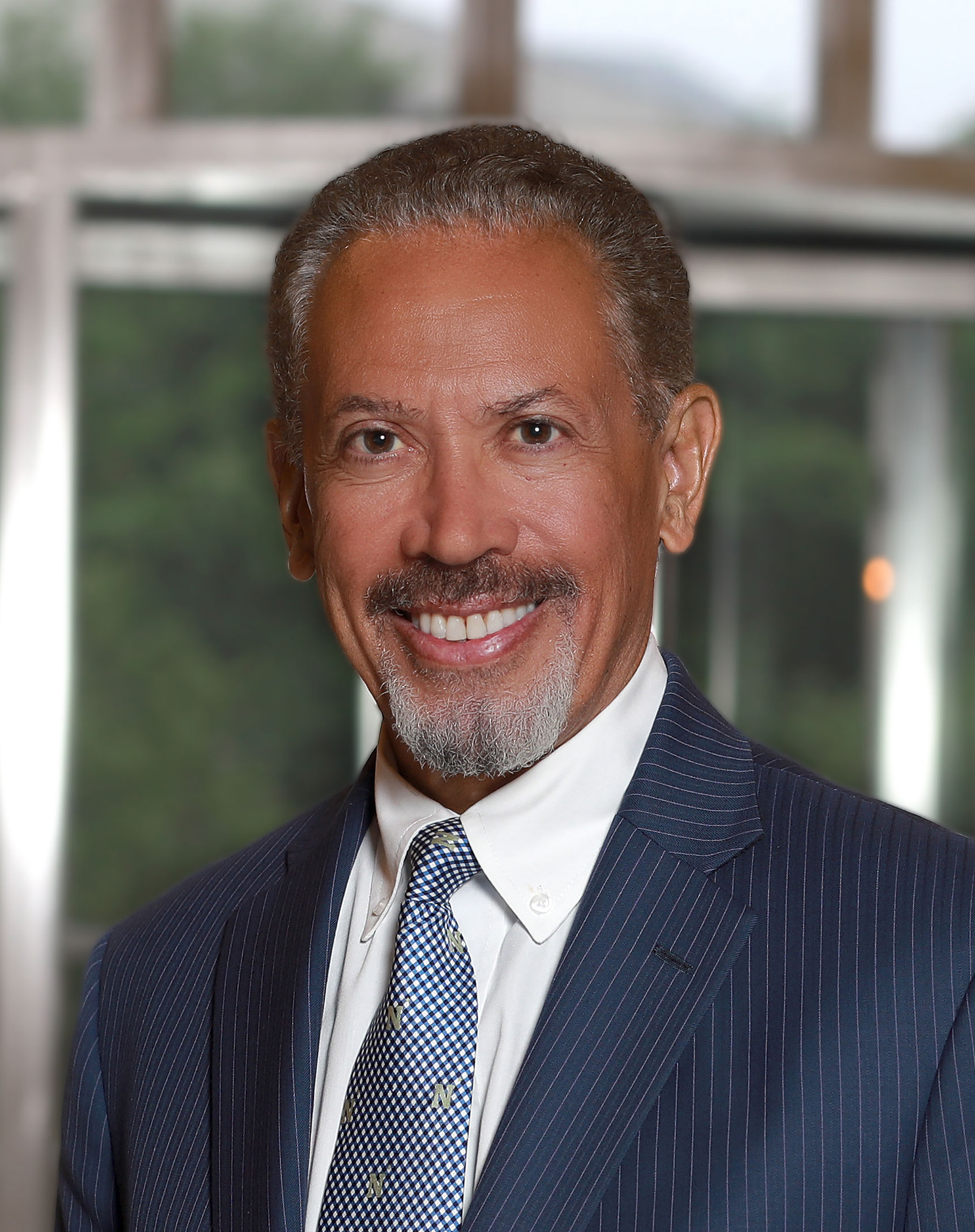 Byron Marchant is a partner in Caldwell’s Tysons Corner, VA and Annapolis, MD offices, leveraging advanced technology and analytics to provide high level talent solutions at the board and senior executive level across the federal and state public sector, public utilities sector, and the sports and entertainment space.

Prior to joining Caldwell, Byron served as president and CEO of the US Naval Academy Alumni and Foundation for over 13 years. His tenure was highlighted by his steady, strategic leadership for the organization through the 2009 recession and the ongoing COVID-19 pandemic. Byron oversaw the most successful campaign in Alumni Association and Foundation history – raising more than $541 million in support of the Naval Academy’s Strategic Plan 2020.

Previously, Byron served as the executive vice president, general counsel, & chief administrative officer for Black Entertainment Television (BET). In that role he was the lead representative in the execution of the $3B acquisition of BET by Viacom Inc. He was a partner with the law firm Patton Boggs, LLP, and previously served as senior vice president and general counsel for Annapolis-based Telecommunications Systems Inc. He also served as senior legal advisor to Federal Communications Commissioner Andrew Barrett and was an attorney with Sidley Austin.

Byron is a life member of the U.S. Naval Academy Alumni Association, a trustee of the Naval Academy Athletics and Scholarship Foundation, a member of the New Jersey Bar, the U.S. Supreme Court Bar, and the American Bar Association. He has depth of experience in the board room and currently serves as a director at the Naval War College Foundation, YMCA Board of Central Maryland and Baltimore Community Foundation.